Streaming Lists and News for HBOMax in June 2022

Tom and Jerry Cowboy Up!

A New Lizzo Documentary is Heading to HBOMax From her humble beginnings as a classically trained flute player from Detriot Michigan, Melissa Viviane Jefferson, or Lizzo as she’s known is the center focus of a new HBOMax documentary. The star is most known for her chart-topping songs “Good As Hell”, “Truth Hurts”, and “Juice” which all fall under the hip-hop genre, a typically male-dominated industry. Lizzo has also been at the forefront of the body positivity/body neutrality movement as has openly admitted to her struggles with body image. Now more than ever, it’s extremely important to center narratives around women like Lizzo as we are entering a cultural and social reckoning with the aforementioned body image movements and the black lives matter movement, as well as a post #MeToo world. The documentary which has yet to reveal a title is directed by Doug Pray who directed the Seattle grunge documentary Hype! among other bold and impactful projects. The documentary is also produced by Kevin Beisler, Kevin Weaver, Ryan Kroft, and Nicole Rocklin and executively produced by Lizzo herself and her production company Lizzobangers. 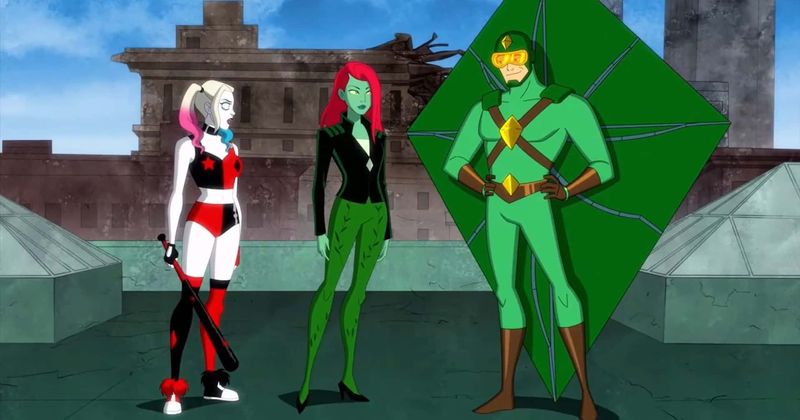 After the animated series Harley Quinn skyrocketed to popularity, HBOMax realized just how valuable its DC properties could be. The show is the 8th most high-demanded show domestically on the platform. A secondary character and ex-boyfriend to Poison Ivy, Kite Man may not be known among more casual DC fans but he’s about to be center stage with the announcement of the new spinoff series Noonan’s. Matt Oberg will return to voice Kite Man as he and his comrades make the interesting decision to purchase Noonan’s, a shady dive bar in Gotham usually a major gathering place for Gotham’s array of criminals. The show will be produced by co-creators of Harley Quinn Justin Halpern, Patrick Schumacker, and Dean Lorey, as well as Kaley Cuoco Harley Quinn’s voice actor. Harley Quinn has been renewed for season three and production for Noonan’s is set to start soon. Known for her work on SNL, The White Lotus, and most recently her new book Hello Molly!: A Memoir, actress and writer Molly Shannon just signed a first-look deal with HBO. This deal allows HBO to pick up any new projects Shannon works on and might even develop into a new show or film for HBOMax. Though no official details of any new project from Shannon have been released yet, fans of this talented actress are excited to see what’s next for her especially now that she’s revealed her captivating story to the world. Her memoir follows Shannon in her early years and how a deep and personal family tragedy motivated her to always do her best work in the name of the people who helped shaped her as an actress and overall human being. Hello Molly! recently became a part of the New York Times Best Sellers List, creating even more traction for this prolific and influential star. Fantastic Beasts: The Secret of Dumbledore premiered back in April in theaters worldwide scoring 332 Million dollars at the box office. Though the film did relatively decent at the box office, it only managed to score a 47% on Rotten Tomatoes. The film is the third installment in the Fantastic Beasts series which serves as a prequel to the Harry Potter films. All HP films currently reside on HBOMax and the Fantastic Beasts films are also available to stream. The newest adventure into the wizarding world is arriving on HBOMax at the end of the month on May 30th, 2022. This particular film in the series has been highly anticipated as fans will finally get to learn more about professor Albus Dumbledore and his former relationship with Gellert Grindelwald as well as revisiting Eddie Redmayne’s iconic portrayal of Newt Scamander. Jude Law of the Sherlock Holmes duology delivered a new take on Dumbledore in his younger years as well as Mads Mikkelsen who’s most known for his work on Hannibal playing the mysterious and conniving Grindelwald.