Netflix has us bringing us everything from love and murder in February. The quintessential month of romance sees new dramas staring familiar faces, popular horror franchise reboots, and action flicks for everyone. Here’s what’s coming to Netflix in February of 2022.

A Newly Announced Knives Out Sequel is Coming to Netflix

2019’s murder mystery drama, Knives Out is receving a sequel that will premiere on netflix sometime this Fall. The first film was praised for a number of qualities including it’s story, cinematography, and wide variety of star power from Chris Evans to Jamie Lee Curtis and many more. Daniel Craig is returning as the cunning private investigator and though none of the original actors are set to reprise their roles, the cast announced for the sequel is nothing to sleep on. From Dave Bautista to Edward Norton and Jada Pinkett Smith among many other widely known faces, Knives Out 2 is sure to offer even more twists and turns than its predecessor. 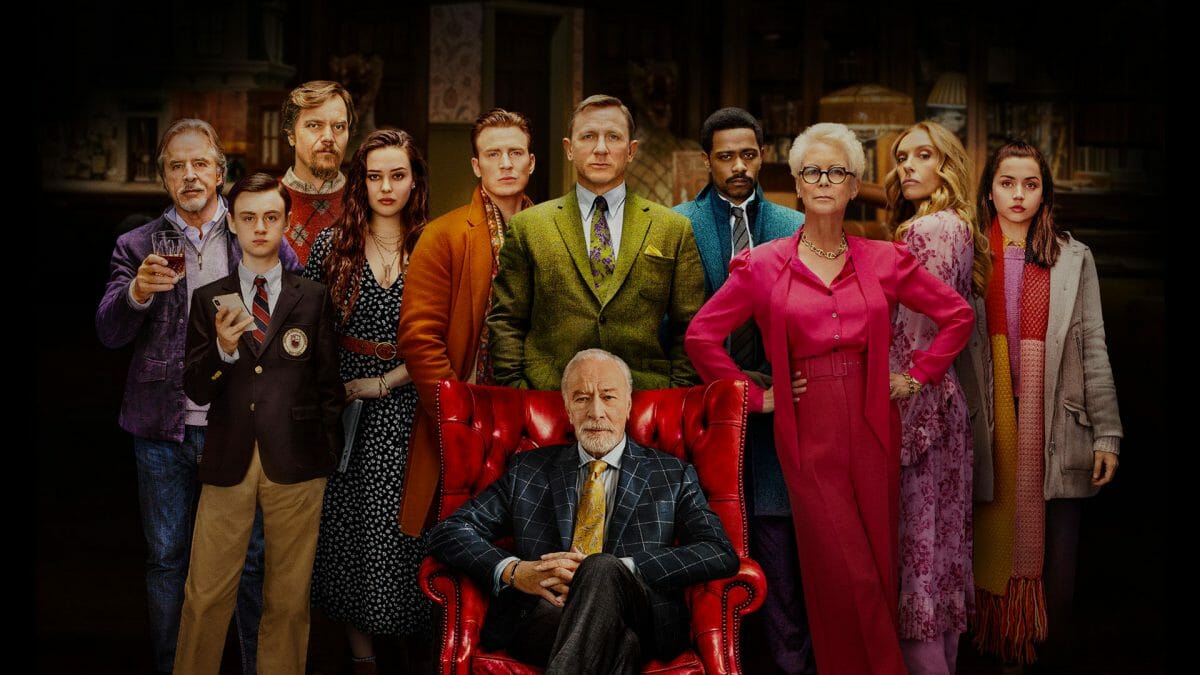 Though the plot for the new film remains relatively unknown, early photos and insider information have shown that the filming took place in Greece, fans have speculated that this film will follow a wealthy family on vacation. With the pandemic still threatening the opening of theaters, many films along with Knives Out 2 will be moved to streaming services, most notably Netflix which has fostered many award winning original movies such as The Irishman and Marriage Story.

It’s the beginning of the end for the Bryde family-and no one is getting out clean. Part 1 of Ozark’s final season just premiered last Friday launching it to #6 on trending on Netflix. The first episode gave fans a bone-chilling recap, reminding fans of a crucial character getting her brains blown out by the infamous Navarro Cartel. The series stars award winning actors Jason Bateman, Laura Linney, and Julia Garner among others. After the recap, the season opened with a Bryde family car ride that ended in a suspenseful look at what’s to come for the rest of the season. In addition, Alfonso Herrera has joined the cast as Omar Navarro’s ruthless nephew who proved in the first episode that he’s not afraid to get his hands dirty.

Lisa Emery has returned as Darlene Snell, the intelligent but unhinged leader of the Snell poppy farm, disturbing heroin throughout the Ozarks. With her new team assembled she’s ready to rival the Brydes and the Navarro Cartel with an iron fist and as previous actions committed by her indicate, she’s not going down without a fight. The whole first part of the season is out now on Netflix, ready to be binged by hungry viewers around the globe. Netflix continues to release most shows’ seasons all at once rather than releasing episodes weekly like Disney+ and now HBOMax. The second half of the show’s finale season is set to air later this year or even in 2023. Fans are already theorizing which of their favorite characters will get out alive and which characters-if they haven’t already- are going to bite the dust in the final season.

A new show has overtaken NBC’s sitcom The Office as the most streamed show of 2021. Data from Nielsen states that Criminal Minds has reached 34 billion minutes of watchtime from the U.S. Coming in a close second was the children’s cartoon Cocomelon receiving 33 billion minutes, and long-running medical drama Grey’s Anatomy came in third at 32.6 billion minutes. With The Office being taken off Netflix and moved to NBC’s relatively new streaming service Peacock, other shows on Netflix have been clamoring for the top spot. NCIS, Heartland, and recent NBC drama Manifest are noteworthy, appearing in the top 10 list gathered from Nielsen. Still, these show’s numbers can’t keep up with Criminal Minds surge in popularity. 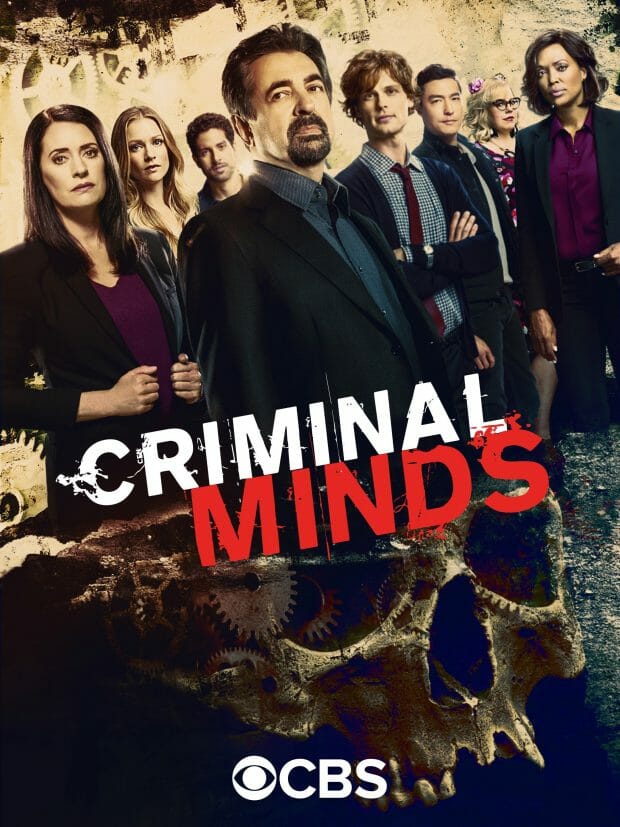 Why the resurgence of a crime drama that ended almost two years ago? The pandemic has brought a number of unconventional shows to popularity including Tiger King back in early 2020. The Office was 2020’s most streamed show on Netflix before it’s switch to Peacock, delivering comfort and a nostalgic feel-something viewers are desperate for at the moment. Crime shows tow the line between gripping psychology and familiarity since it’s plots usually center around distrubed killers, but always find the detectives taking formulaic approaches to catch the perpetrator, usually putting them behind bars by the end of the episode. Viewers can find comfort in these full circle stories while also feeling that rush of adrenaline these shows offer-specifically Criminal Minds as its portrayal of criminals and the heinous crimes they commit are normally more graphic.

As January is about to wrap up, viewers have flocked to newer shows and new seasons such as season 2 of Cheer and the new Tik-Tok reality show Hype House.

Julia Garner of Netflix’s Ozark stars in this girlboss crime drama inspired by real-life con-woman Anna Sorkin. Between 2013 and 2017 the convicted Sorkin fabricated a story about being a German heiress. Under the name Anna Delvey, Sorkin was able to swindle over $275,000 from banks, hotels, and other businesses throughout Europe. Laverne Cox, Alexis Floyd, and Anna Chlumsky star alongside Garner in what appears to be a flashy, fashionable, and witty retelling of this criminal’s rise to the top and her ultimate downfall.

Since its initial release in 1974, Texas Chainsaw Massacre has earned its place atop the classic horror movies of the 20th century. After the remakes of Halloween, Chucky, and Scream soon to primer later in January, another slasher film is returning to the big screen. Netflix’s remake of the Texas Chainsaw Massacre staring Starring Elsie Fisher, Sarah Yarkin, and Mark Burnham as the deranged horror icon Leatherface, this film is set to scare a whole new generation of audiences for years to come. The trailer sits at 1.4 million views but many fans new and old are conversing in the comments hoping that this film pays proper homage to the original film as well as updating its scares and brutality.

Since October 2020, Netflix has been raising membership prices for both their standard, basic and premium plans.

Subscriptions across the site have risen not significantly but still enough to cause annoyance in the streaming community with the standard Netflix plan rising from $13.99 to $15.49. The basic plan has risen from $8.99 to $9.99 and the premium plan climbed from $17.99 to $19.99

The popular streaming service has stated that the reasoning behind their price increase is to “continue to offer a wide variety of quality entertainment options.” Spokespersons have also noted the rise in varieties of streaming services increasing in just the last year.

From Hulu to Peacock to newer services like Paramount, Netflix’s competition for dominance in screen time is more crucial than ever, and with surges in Covid-19 cases people are starting to migrate away from theaters and back to their safe and comfortable couches.

Though netflix executives have been quiet about this factor, the pandemic has absolutely influenced the rise in prices. According to pbs.org, inflation prices have increased by 5.3%.

Customers are noticing gas inflation as well as groceries in addition to prices for cable and streaming services slowly climbing higher.

What does this mean for Netflix and it’s members? Though a maximum $2 escalation in Netflix plan prices may not seem substantially effective, members more than ever need the comfort of entertainment and an excessive amount of shows to occupy the anxiety and distress caused by the pandemic.

Netflix is still aiming to drive a hard bargain though, multiple new shows and movies are premiering this month and in the coming year to hopefully distract current members from the inflation and hook new members to join the 214 million global subscribers.

If the Netflix price rise isn’t a dealbreaker for you and your family, be on the lookout for Ozark season 2, The Woman in the House Across the Street From the Girl in the Window a new show, and Cheer season 2 which just premiered last week.