Hulu News and Streaming Lists For May 2022

May 15
Conversations With Friends: Complete Limited Series
Catfish: The TV Show: Complete Season 8E
The Brass Teapot
Enron: The Smartest Guys in the Room
The Mountain Between Us
One Last Thing

May 19
The Deep End: Series Premiere
So You Think You Can Dance: Season 17 Premiere

May 20
The Valet
American Underdog: The Kurt Warner Story

May 26
Look At Me: XXXTENTACION
The Great American Tag Sale With Martha Stewart: Series Premiere
Masterchef: Season 12 Premiere
A Taste of Hunger

May 31
Pistol: Complete Limited Series
Gamestop: Rise of the Players 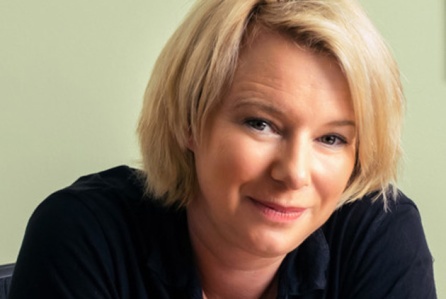 Julie Anna Robinson who directed the widely successful Netflix period piece Bridgerton is teaming up with author Richard Mason to adapt his novel History of a Pleasure Seeker. The novel is also a period piece set in 1907 in Amsterdam following a young man and the temptations he encounters on his adventures. Robinson will executive producer the show that will be distributed through ABC signature a studio heavily affiliated with Hulu and their major productions. No casting or plot details have been revealed other than the novel as source material. Some are speculating that with Robinson assisting with the project, it’s likely that some Bridgerton cast members could come on board to tell this beautiful and intoxicating story.

Victoria Pedretti and Josh Bonzie to Star in New Thriller Victoria Pedretti (You) and Josh Bonzie (The Good Fight) have recently been cast in a new Hulu project titled Saint X. The story is based on the novel of the same name by Alexis Schaitkin following the story of a young woman’s death while vacationing in the Caribbean. The show will be an eight-part mini-series told from the perspectives of multiple characters trying to piece together what happened during that fateful trip. Leila Gerstein who worked on Hulu’s most successful title to date The Handmaid’s Tale is writing this captivating mystery alongside director Dee Rees who worked on Netflix’s Mudbound. Victoria Pedretti stars as the cunning Love Quinn in seasons 2 and 3 of Netflix’s murderous thriller You.

Bonzie recently appeared on Netflix’s The Politician and stars in The Good Wife spinoff The Good Fight. No official trailer or release date has been set yet for this project as it is still in production but with its cast and writers attached, it’s sure to be another hit for the streaming platform.