Cheaper by the Dozen

The Wonderful Spring of Mickey Mouse

Breaking: Netflix Marvel Shows Are Coming to Disney+ in Canada

Netflix recently announced that its Marvel themed shows including Daredevil, Jessica Jones, Luke Cage, and others would be departing the streaming service with an uncertain future as to how viewers would access these shows. Whether fans were in the middle of watching the shows or just hadn’t gotten around to them yet, it was up for speculation where these shows would journey to next. Fortunately, now there is an answer. On march 16th 2022, Marvel shows previously airing on Netflix will be available on Disney+ but only in Canada. 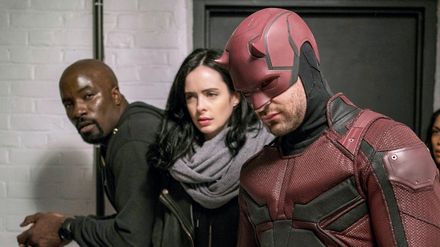 The U.S can’t be far behind isn receiving these shows however, fans are wondering how viewership will increase for these action-packed dramas and how they will affect the set of MCU based show Disney+ has already released. The shows previously mentioned plus more will be joining the ranks of WandaVision, The Falcon and The Winter Solider, Loki, and more. There’s no official date for when these shows will be available in the U.S. but at least Canadian fans will be able to enjoy the where they left off if they’re in the process of a Daredevil Netflix binge.

Disney star of High School Musical: The Musical The Series and Bizaardvark Olivia Rodrigo has made a name for herself as one of the most influential modern pop stars of the budding decade. Her single “Driver’s License” was Billboard’s number one song for eight weeks straight and streamed over 76.1 million times. Her rock-inspired breakup anthem “Good 4 U” also was number one for five consecutive weeks. The smash-hit album that contained these songs “Sour” broke the record for biggest debut record in history surpassing stars like Taylor Swift and Cardi B.  At only 19, Rodrigo has had major musical success, sold out shows, and even partnered with president Joe Biden to help encourage young people to get the COVID-19 vaccine.

Next month, Rodrigo is giving fans a whole new look inside her 11 track wildly personal album. Her new documentary Driving Home 2 U (inspired by a lyric from “Driver’s License”) features Rodrigo and her team’s making “Sour” and how writing 11 emotionally-fueled songs affected the young singer/songwriter. The documentary will be available exclusively on Disney+ on March 25th, 2022. Rodrigo’s documentary similarly follows the stories told by inspiration Taylor Swift with her documentary centering around her 2020 album “Folklore”. Alternative singer Billie Eilish also has a concert on the streaming platform dedicated to her most recent album “Happier Than Ever”. Rodrigo’s documentary is sure to bring more traffic to Disney+ and allow for fans to get even closer to the artist they love than ever before.

Disney Pixar’s Lightyear, following the origin story of Pixar’s famous space ranger, will release in theaters on June 17th, 2022. This is significant for the animation studios as since the pandemic began in 2020 they have not premiered a film in theaters since Onward in March of 2020. Pixar’s lineup of “pandemic films” being exclusively released on Disney+ started with 2020’s Soul and will end with Turning Red premiering on the platform next month.

Lightyear stars Captain America himself, Chris Evans as Buzz Lightyear as well as other well-known voice actors Taika Waititi and Keke Palmer. Pixar usually puts out two films a year as they did with Onward and Soul in 2020, but Lightyear premiering only a few months after Turning Red is concerning some die-hard Pixar fans. The last two Pixar movies to be released this close to one another we’re 2015’s Inside Out and The Good Dinosaur. Inside Out is regarded highly among Pixar fans but The Good Dinosaur usually falls on the lower spectrum of fans’ Pixar ranking lists. Fans have noted that Turning Red and Lightyear might mirror this with Turning Red gaining for positive reception while Lightyear will turn out to be less of a success. Still, bringing families back to the theater to see a character that’s been entwined with animation culture for three decades will certainly kick in the nostalgia for viewers of all ages, especially those who grew up with the Toy Story franchise.

Will Encanto Be The Next Frozen? Disney CEO Announces Separate Franchise for Disney’s New Hit

Since Disney’s 60th animated feature Encanto arrived on Disney+ its received massive critical and fandom acclaim. From excessive amounts of fanart to custom dolls, and so much more, fans of the Colombian musical are taking to the internet to proclaim their love for the film and interact with the creators about their favorite characters and what’s next for the Madrigal family. Disney CEO Bob Chapek recently spoke about the film’s success including Lin-Manuel Miranda’s Oscar nominated soundtrack, the revenue brought in from Disney+ streamers and rising subscribers, and even how the film has performed at the theme parks with the inclusion of a Mirabel meet and greet opportunity. 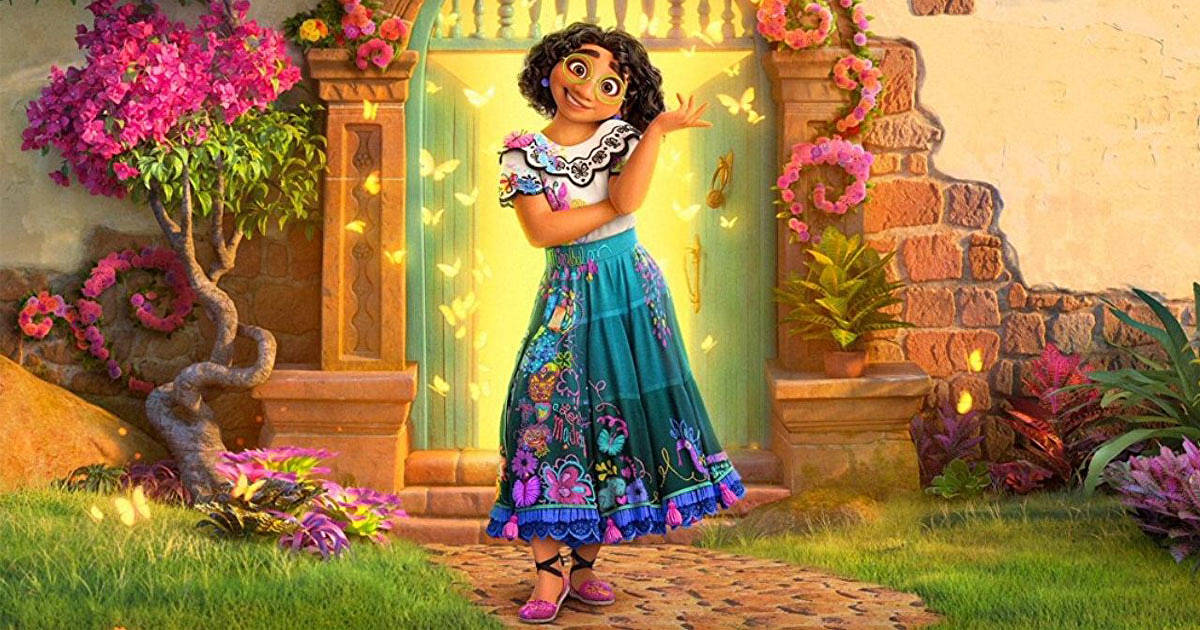 Chapek’s prioritization of Disney’s monetary value over the quality of their films has resulted in multiple remakes. Fans have expressed how refreshing it’s been to not only have an all Latino cast of characters and musical set in a magical world in Colombia, but also that Encanto’s premise is completely original, unlike the countless remakes Disney keeps producing. However, the opportunity for financial growth will always interest the higher-ups first, and with Encanto reaching a similar status to that of 2013’s Frozen the last film to receive a separate franchise, it’s possible that Encanto might become the next “overrated” Disney franchise. This news is also disappointing to fans who were hoping Mirabel would join the Disney Princess lineup but based on the fact that Anna and Elsa aren’t even a part of the official Disney Princess canon due Frozen’s individual franchise, Mirabel will also be left out of the iconic leading ladies. Encanto is still the newest film in Disney’s animated features, so it’s still possible that it will remain steadily successful. After all, how could anyone ever get tired of hearing “We Don’t Talk About Bruno”?

Disney Channel’s The Owl House just received a season three release date ceasing dedicated fans’ speculation and igniting anticipation until March of 2022. Creator Dana Terrace announced on Twitter that the beloved fantasy series will return on Disney Channel on March 19th alongside other popular Disney Channel cartoon Amphibia. For those who haven’t seen Disney Channel’s biggest success since Gravity Falls, The Owl House follows Luz Noceda (Sarah-Nicole Robles). When she’s accidentally transported to The Boiling Isles, an interdimensional fantasy world she teams up with witch Eda (Wendy Malik) and her housemate King (Alex Hirsch) to become a witch herself all the while learning about her new home’s dark past and cryptic plans for the future. 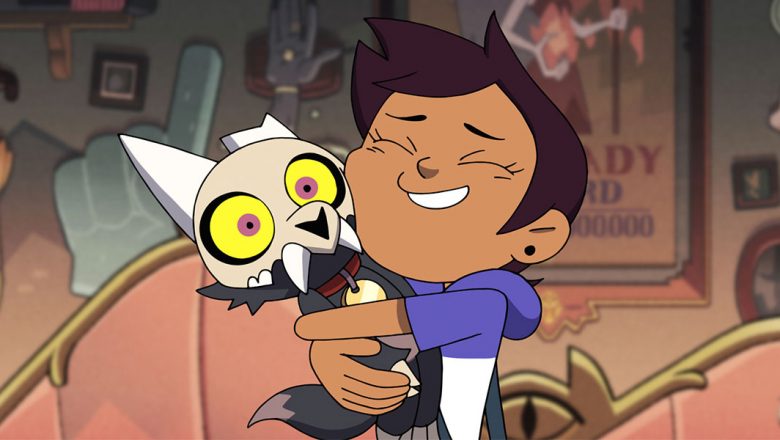 The show has received massive commercial success amongst critics and fans. The involvement of creator Dana Terrace’s partner Alex Hirsch, creator of another iconic Disney Channel show, Gravity Falls has definitely aided the show in its success. However, the Owl House is most known for its inclusivity being the first Disney Channel show to feature a queer couple and a non-binary character. In addition to this much-needed representation, the show’s intricate plot, hilarious cast of characters, and colorful and explorative setting keep fans guessing what’s coming next.