The Way Back’s director Gavin O’Connor is using the game of basketball to tell an important story about overcoming insurmountable odds and coming out the other side to find redemption.

The new movie from Warner Bros. is about Jack Cunningham, (Ben Affleck), a former high school basketball star whose life has unraveled and is filled with great loss, and with pain that he tries to ease with large amounts of beer and whiskey.

With a multi-layered screenplay by Brad Ingelsby, it is the story of an underdog who breaks from his harrowing past and is able after quite a few missteps, numerous bumpy roads, denial, and a few regrets, to find his footing for a new life filled with possibilities.

In a case of art imitating life, the character Affleck plays has used alcohol as an escape from the reverberations of his divorce and other family pain, and at times Gavin says the raw emotion was palatable.

O’Connor is best known for several other films, Miracle, the Disney movie about the U.S. hockey team’s victory at the 1980 Winter Olympics, Warrior, and The Accountant.

“I believe in second chances, in third chances, and maybe that’s the point. We are human, we make mistakes all the time,” O’Connor recently said. “But, hopefully, along the way, we’re evolving and gaining wisdom. Forgiveness, kindness, and acceptance. That’s life.”

Collaborating with longtime friends Affleck and Ingelsby, The Way Back is an emotional and personal story that goes way beyond stereotypes, something that makes O’Connor, extremely proud.

Affleck digs deep down to deliver a highly emotional and memorable performance in The Way Back. This is a movie about seeking, and finding hope, and discovering our second chances. The Way Back definitely delivers!

The 55-year-old O’Connor directed Affleck in The Accountant, and the two say the collaboration brought out the honesty and humanity in this story and shows us why it is so important not to have regrets.

“There are a number of reasons why I knew Gavin, an accomplished filmmaker, would be the right choice to direct this film,” Affleck recently explained.

“Gavin obviously understands the essence of why people play sports. With Warrior and Miracle he captured something real and powerful and profoundly moving,” the accomplished actor said. “But he also values character and performance above all, and that was the key for me.” 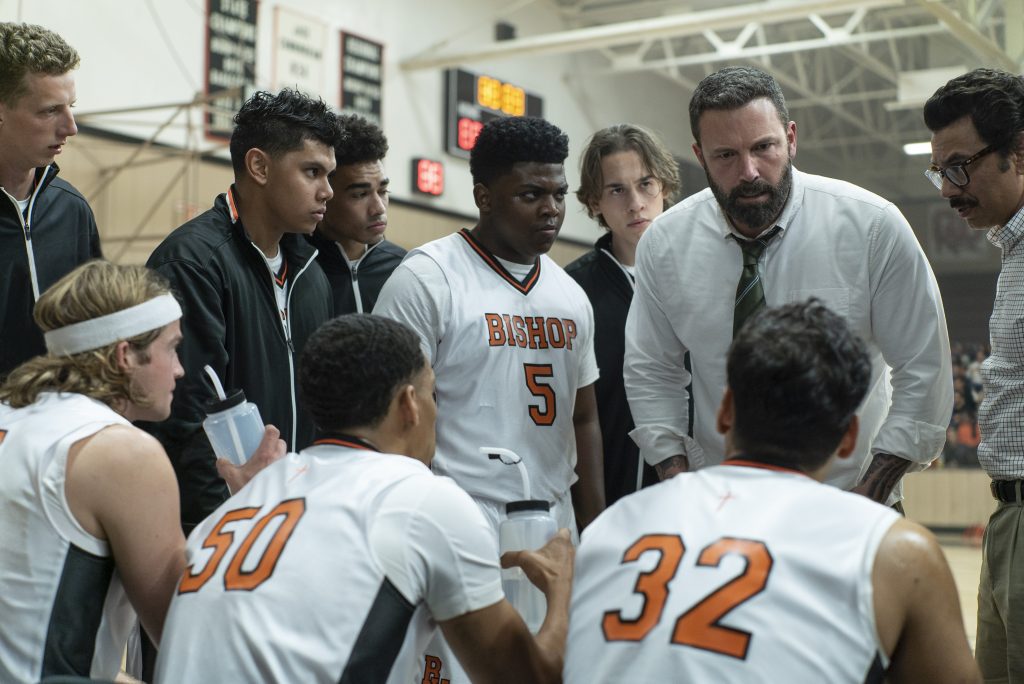 Your movie works on so many levels and I enjoyed it because it wasn’t a cookie-cutter approach. There were some twists and surprises.

This is definitely not a cookie-cutter movie.

It’s also not just a sports movie, although there is a lot of basketball going on.

I never wanted to do another movie that dealt with sports, but we really wanted to do something architecturally in a script that is breaking the chains a little bit.  One of the things that was important to me and [writer] Brad Ingelsby, was to subvert the genre and parceling out information in a way that’s unusual.  Usually, everything is in the first act, the whole setup is there; they give everything away.

Do you want people to come away with the movie with certain thoughts or ideas?

No, I’m always hesitant to project what I want people. If you and I go to a museum, we’re going to look at a painting, we have two different experiences. So I think people when they go to the movies, you bring what you bring. You bring your own life experience to the cinema and how it affects you personally. The movie is very much about second chances. It’s a redemptive story, but I just try not to project those kinds of things on an audience.

Ben’s character Jack Cunningham definitely gained as much as he gave the boys who he coached on the high school basketball team.

Oh, totally. There were things that were on my GPS as a storyteller that I very much wanted.  It was an opportunity for Jack, the character, to become a parent again. When you’re coaching kids, you are a parent. So that was important to me, vis-à-vis, finding teachable moments with the kids that are life lessons. So there were things that I was discovering as I was making the movie.

How did your relationship with Ben change while making the movie?

I’ve always liked Ben as an actor, and since he started directing, I think it’s made him an even better actor. He really understands everything about the production, like it’s its own ecosystem. With Ben, when he showed up in the morning, he never left the set the whole day. He knew the tight schedule we were dealing with and we never had to wait for him. It was this unspoken thing and I really appreciate it.

He had to open the box and let the demons out in his own life that reflected the demons of the character, so it was very personal. He had just gotten out of rehab when we started shooting, so he was very raw when he got out. I’m really proud of him. He truly confronted it all in a powerful way and was very brave.

How long was the film shoot? 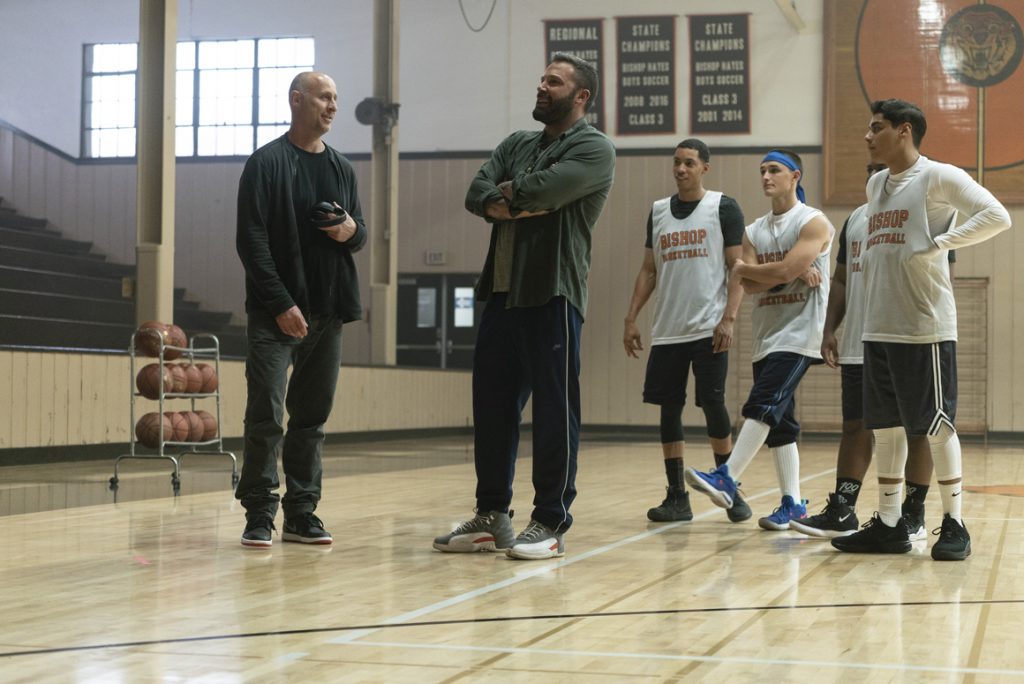 What was the set like?  Because you have a lot of emotion running around.  Did you do anything to lighten the mood?

It’s almost counter-intuitive with acting. Because we have scenes where Ben’s getting very drunk and it looks like he’s suffering, it’s very dark. A lot of dark places and he went there.  But the thing about acting is if you go to these places, truthfully, honestly, you are doing your job well.

I would say kindness. Really, that’s one of the things we preach in the house with the kids, just to be kind.  I think if you act in kindness then kindness grows. I think that’s a really important thing.  Integrity, character, no lying, and truth always.  Just basic values that are really important that we enforce in our house and we hopefully lead by example.

So, how are you different or the same so many years later when it comes to being a father?

I think I’m still the same. Hopefully, I’m wiser but I try to have a lot of play.  There’s a lot of play with the kids.  It’s different from the 18-year-old, she’s smarter than I am.  So I’m like, ‘Teach me that.  What does that mean?’  She’s always teaching me things.  She’s smart as a whip and a great kid. I’m really proud of her. She always does the right thing and I’m very proud of her for that.

What is she going to do?

She just got into the new school of the Parsons School of Design in New York.  We just found out yesterday she got in. So she’s going to be moving to New York and it’s an art and fashion program that she’s going to start soon.

Why do you want viewers to see this movie?  What particularly do you hope that they see in it?

I think this is the kind of movie that can inspire people.  Anyone that’s going through anything that you feel like you need a second chance, this movie demonstrates that in a powerful way. To be honest with you, I think that the sands are shifting so much in our industry that these types of movies don’t get made very much anymore. 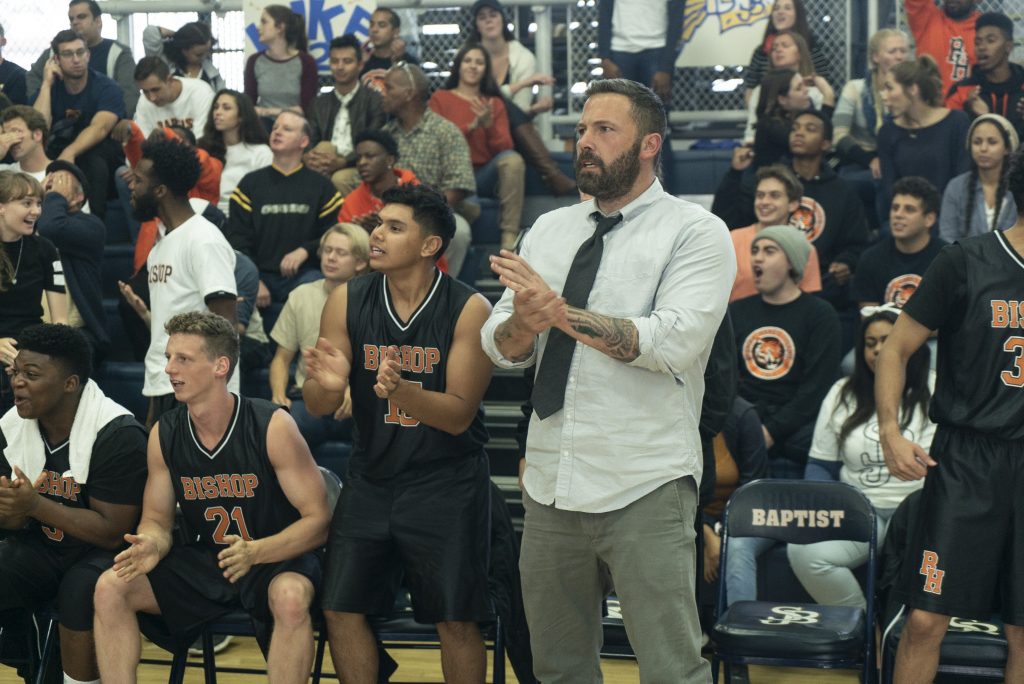 Why should second chances be important to all of us?

A lot of people give up before they even get to that one “Yes” or that one person taking a chance on you. Yeah, and he prepared the team.  The team became a reflection of his own intensity and his own toughness. The whole point was that he had to let it go. He got those kids ready and the spirit of Jack is with the kids.

What do you see as the take-away from The Way Back?

I can only speak for myself, but failures and mistakes are the greatest teachers in the world; even in sports, I think you’re going to learn more from losing than from winning. Ask any coach. Recognizing the lesson in the loss is how you get better. How do you get better if you don’t compete against those that are better than you?

From Warner Bros. Pictures, The Way Back opens nationwide on Friday, March 6. 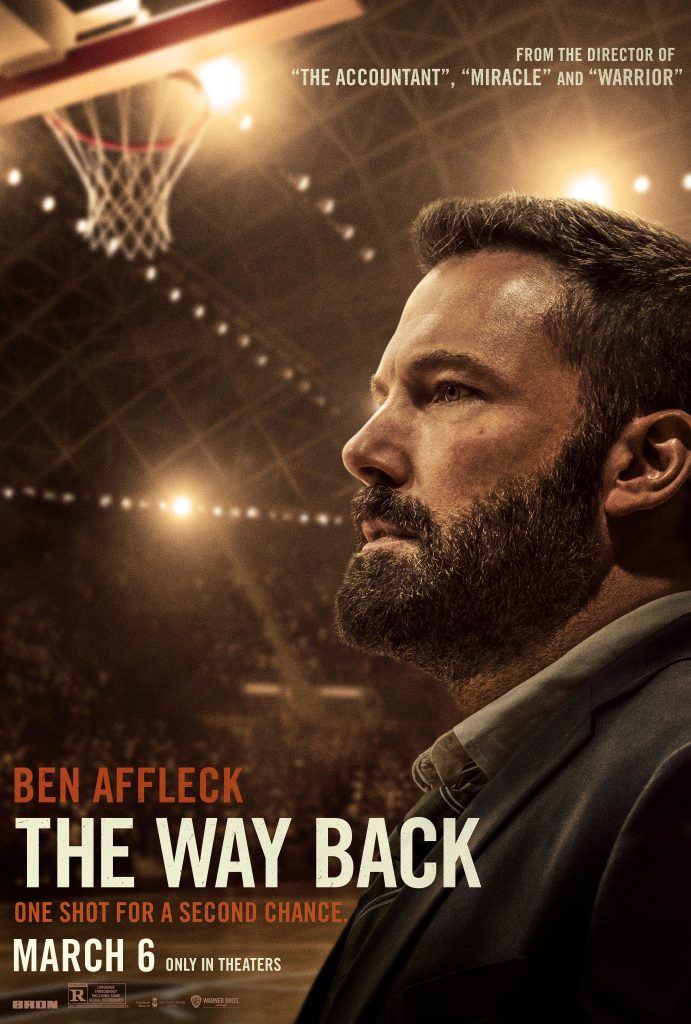