Phil Rosenthal has a job that is the envy of everyone he meets, but he does it with such charm and aplomb that they love spending time with him on and off the air.

The star and creator of the Netflix hit, Somebody Feed Phil travels the world and eats. The adventurous food and travel writer also meets fascinating locals, and extraordinary chefs, and shares all of his wealth with his viewers. He often interviews local restaurateurs to learn about their personal and cultural origins.

Much to the delight of his local fans, the creator, writer, and producer of Everybody Loves Raymond, is bringing his live tour  An Evening with Phil Rosenthal tour to the Keswick Theatre in Glenside, Pennsylvania, on Thursday, November 10.

Since Somebody Feed Phil’s 2018 premiere, Rosenthal has traveled the world in pursuit of delicious regional food, while meeting tourists and also enjoying a home-cooked meal. He also highlights the architecture, music, and other ambiance.

“I am on a mission. I am just using food and my stupid sense of humor to get you to understand the beauty of travel,” he said, “the world would be better if we could all experience just a little bit of other people’s experience.”

Along the way, we are treated to his charm, his humor, his facial expressions, and much more. He often says, “Don’t you wish you were me right now?”

Season 6 of his Netflix show, and his new cookbook, Somebody Feed Phil: The Book,  (Simon & Schuster), both debuted on October 18. The cookbook is filled with untold stories, behind-the-scenes photos, and favorite recipes.

With this new book, Rosenthal said he is “trying to do two things here: make a great companion book to the series, and give you some of the best recipes from our favorite chefs and places on the show.”

“My favorite part about doing the show has been the people I’ve met, not just during the filming, but also those of you who watch it and reach out to me,” he explained in the introduction to the cookbook.

“It’s been my calling card to the world and one of the greatest pleasures of my life. It feels like a fantasy, but what I am telling you is that everything you see me doing is 100 percent real, and you can do it, too. In fact, the name of the show could be, “If That Guy Can Do It, Anyone Can!”

The new season — complete with everything from soup to nuts –includes stops in Croatia, Santiago, Chile, Austin, Nashville, and Philadelphia. He began Season 6 with a tour of Philadelphia with stops at the Redding Terminal Market.

Then they headed for the traditional local fare of pizza (Angelo’s) and Philly cheesesteaks (Dalessandro’s) roast pork (John’s Roast Pork), pasta (Fiorella Pasta), South Philly Barbacoa, while also taking in some fine dining at several Philadelphia hot spots, including  Zahav, Kalaya, and Laser Wolf. He was joined during his Philadelphia tour by his wife, members of her family, her childhood friends, as well as chef and food writer, Shola Onunloyo. Dessert, in the form of banana splits, was had at The Franklin Fountain.

The Emmy-nominated unscripted documentary series, which combines Rosenthal’s love of food and travel with his unique brand of humor, has enjoyed over 24 million viewers in 190 countries and has become must-see  TV  for foodies,  restaurateurs,  travelers,  and armchair enthusiasts all over the world.

Rosenthal’s wife, Monica Horan, best known for her part as Amy on Everybody Loves Raymond, his two children, Lily and Ben, and well-known celebrities, award-winning chefs, cookbook authors, and bloggers join him on various episodes of the series.

In fact, one of the highlights of the show was the appearances by his late parents Max and Helen Rosenthal, and Max would always have a joke or two to share. Now, some of Rosenthal’s famous comedian friends share a joke with the viewers in honor of Max.

As the companion cookbook to his hit Netflix show, this is the ultimate collection of must-have recipes, never-before-heard stories, behind-the-scenes photos, and more from the first four seasons of the beloved series.

Rosenthal was born in Queens, New York, and moved with his parents and brother to New City, New York, in  Rockland  County,  where he was raised.

After graduating from  Hofstra  University on  Long  Island, where he majored in theater, he embarked on a career as an actor, writer, and director in New York City. In 1989, he relocated to Los Angeles.

Rosenthal’s early writing credits include the comedy series Down the Shore and Coach. In 1995, Rosenthal created the hit CBS comedy Everybody Loves Raymond, which premiered the following year.  He served as the showrunner and  executive producer for  all  nine years  of the show’s  very  successful run,  which ended in  2005.

During its  original run,  the  show was  nominated for more than  70  Emmy  Awards and won  15  awards,  including two for  Best  Comedy  Series in  2003  and  2005.   The show continues to make TV viewers laugh and relate to the family dynamics since it is still seen on reruns around the world.

Rosenthal won the  2002  Writers  Guild  Award for  Excellence in  Television  Writing  for his  “Italy”  script, in which he took Ray Romano to Italy and ignited a previously dormant passion of travel for the actor.

After the series wrapped, Rosenthal penned a book on the art of comedy and the making of a sitcom classic. You’re Lucky You’re Funny: How Life Becomes a Sitcom, was published in 2007 via Penguin Publishing Group.

Signed copies of Phil’s new book will be on sale at The Keswick on the night of the show. 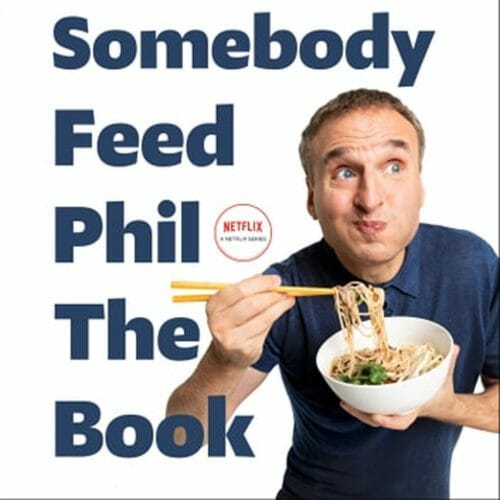