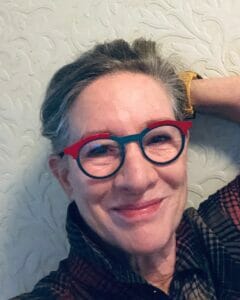 CAFTCAD award-winning costume designer Tish Monaghan has lent her creative talents to a number of films. From Twilight: New Moon to The Terror for which she won her CAFTCAD award, she’s expanded her horizons just beyond the fantasy and horror realm. After a long and eventful career, Tish was set to retire after the exhaustion of the pandemic but after receiving a call she soon joined AppleTV+’s musical comedy Schmigadoon! finally allowing her to work on a musical-based project. An SNL fan and alumni, Tish was excited to join colleague Keegan Michael Key and others to create something that would live in the memories of musical theater fans for a lifetime.

Q. How did you get started in the costume industry? Was it a childhood dream or something you pursued when you were older?

A. It was not a childhood dream. I was completely into math, physics, and chemistry in high school. When I went to university my boyfriend at the time told me I should take a theater history course because it was so interesting. So I did that and that led me into pursuing a degree in fine arts and theater but originally I enjoyed acting which is what I did. I did very well at it, but I found that I was bored every time I was on stage and rehearsals had stopped. One of the courses I had to take was costuming in order to complete my degree. It was then when the lightbulb went off. I had always sewn, I had always made things, I had done things with my dolls when I was little but I had forgotten all about it. So costuming became a love for me. It was a continual process of research and it didn’t seem to have an end. And another bonus because I was very mathematical, I got into pattern drafting and cutting and that satisfied what I needed.

Q. Talk about your experience working on the Twilight films New Moon and Eclipse. Do you see it as one of the most profound moments of your career?

I would not call it a profound moment. When I was hired for that position, when I interviewed for that position I didn’t really know anything about the books but I had a teenage daughter with a gaggle of teenage friends and they promptly informed me that it was the biggest craze at the time. When I got the job it was like oh my goodness! I didn’t know that there was this massive following. But I really enjoyed working on those two films because there were a lot of historical aspects to it that I really liked exploring. I got to do 17th century Spaniards, I did 15th century American Indigenous people, as well as the 40s, and also trying to tie in current fashions of the time.

Q. You’ve worked on various films and shows in a myriad of genres. How is it different working on a comedy film than working on a fantasy film?

A. Both of them are difficult in their own way. I mean with a comedy film you want to try to be careful so as to not push the gag aspect too much. You don’t want to say “ok this is going to be a funny moment”. You still want to stay true to the character. A lot of the comedy films I’ve worked on and the two SNL projects I’ve worked on, you still have to be paying attention to the character. And with the fantasy films, I would say a lot more focus will be on the designs which have to be original and still follow the guidelines of whatever your storyline is. In many ways, it’s a different genre but you’re still looking for the truth of those characters whether it’s a comedy, sci-fi, a period show, or a fantasy. I would say the different thing with the fantasy work I’ve done so far is that you’re exploring different types of texture with your textiles, having to create original fabrics, and you have to do a lot more painting and just working and trying to create something that is not available.

Q. How did you hear about Schmigadoon!? Were you excited to join the project?

A. What happened was I put myself as not available for work. Covid was just starting to rear its head and I didn’t want to work under those conditions. Then I got a phone call from someone I didn’t know, they rang my cell phone and then they rang my home phone and I thought oh goddess. They introduced themselves, it was the production manager for the film. He told me a little bit about the project and he told me that a lot of SNL alumni were going to be in it. Then he told me what the storyline was going to be and I said ok send me a script. And then of course I read it and that was it.

So I had prepped for my interview which I had like three days later, and I got the job! I was super excited to do it. There was a lot of prep work that we had to do but I was very happy to join the team of creatives. I had worked with Keegan Michael Key before and I’d always enjoyed working with him and I was also a big fan of SNL. I think I still have like 35 episodes on my DVR (laughs). Just the fact that it was going to involve dancing and singing and I had grown up watching a lot of musicals so I was pretty excited to work on it. 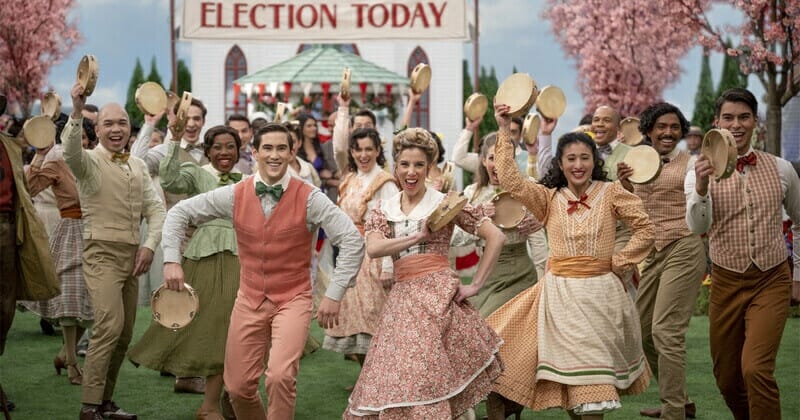 Q. Are you a musical theater fan? Were you eager to join a musical project or is this something you’ve never done before?

A. I had never done a music project before. They just don’t come along that often. I am a big musical fan. Every Time I’ve gone to New York I always go to see a musical. I saw Les Mis when I was in my early 30s and when I was young I watched Oklahoma and The King and I and all different kinds over and over. I had the songs memorized. I’d gather with my friends in elementary school and we’d lock arms and pretend we were dancing in The King and I. So it was pretty awesome to be able to work on a project like this that had original songs but they were reminiscent and the characters too, of musicals I had seen.

Q. Where can fans see your amazing work next? Are you working on anything you can talk about?

A. I am! And it is potentially my last project because I’ve been trying to retire for 5 years but I keep getting pulled back in (laughs). But I’m working on this fantastic TV series for Disney, It’s Percy Jackson and The Olympians. I started on it back in January. We just started filming last week and we’re going for another 6 months. I think they’ve got 5 seasons planned and every season is one of the books. I’m doing the first season so the first book. But it’s fantastic working with 12 and 13-year-olds and it’s also a great exploration for me because I haven’t created monsters and gods. We go into the underworld, we haven’t even started on that yet. There’s all these characters that you not only encounter in the books but also historically in Greek mythology. It’s all done with a bit of a modern twist. I’m not sure when it’s coming out but it’s just a great project.