Alt rock band Television Overdose or “TVOD” for short, has just released their new single “Alien” and they’re ready to party. Hailing from New York and gracing many venues around town with their craziness and electric energy, tonight they’re returning to the familiar faces at Our Wicked Lady which is a pinnacle venue for the band. It’s not all rocking out and release parties though, lead singer Tyler addresses the hardships that come with being a musician and what he’s done to stay afloat in an unstable economic climate while continuing to make the music that he and his band loves. Read on as Tyler discusses “Alien”, the origins of the name “TVOD”, and introduces us to his newest furry client, Dallas.

Q. Your Instagram bio states that you’re “more of a cult less of a band”. How did you come up with this?

A. It’s because there’s so many people involved. We’re kind of like a ragtag group of crusty Bushwick heads that have been around for a long time. It’s a big team effort and it’s kind of taken on this weird cult following of friends and partners and all that sort of stuff. I wasn’t the one who came up with it, someone else told me that and they were like ,”TVOD is more of a cult” and I liked the way it sounded.

Q. Does your band name relate to the mass consumption of media today or is there another exciting story behind it?

A. I would say maybe it’s part that. My first name is Tyler and for a while I was doing solo stuff and I was just called TVV and then one of my friends kind of made a joke and was like, “Oh TV overdose like I’m seeing too much of you.” So the name stuck. When I named the band and made this project I wanted it to be that because I liked the name.

Q. Talk about your new single “Alien”. What are the core themes of the song?

A. It’s a really long single. It’s like 6 minutes. I wrote the song a long time ago. I was sitting on the floor of my practice space just kind of noodling on the intro riff. I was pretty bummed out at the time, I was in a lot of debt and things were just not really going my way while a lot of the people around me were kind of getting successful. So the song is an ode to the inner voice that’s in your head that’s like you’re not good enough or you can’t do something. By the end of the song I kind of kill the voice and we just go crazy and have fun. In the end that’s what it’s all about.

Q. How was the experience bringing “Alien” together? What are some other singles you’re excited for your fans to hear?

A. It’s just fun to release new music. We’ve been sitting on these for a while and just trying to find the right time. I’m just incredibly excited that it’s finally gonna be out. During the practices we’ve been having for the show we wrote a really fun new song called Party Time. We’re gonna play that tonight too. It’s gonna be nuts, I’m really pumped.

Q. You have an upcoming album release show tonight! Describe your feelings about the show.

A. I’m really pumped! All around town I’ve been having friends that are really stoked [about] it. I’m really excited. I’ve had this song for a long time. This song seems to be the one that people really go crazy for. It’s the one that people usually turn up and it gets nuts. So I think that paired with us just having a live show, it’s at Our Wicked Lady which we call our second home. We play there all the time, we know the owners and we always have such a good time. We’re playing with our friends Shark Swimmer, Frida Kill, and NAMESAKE. There’s no way that it’s not fun when your friends are there.

Q. You mentioned you’re a dog walker part time. How hard is it to do what you love while still trying to make a living?

A. I think that’s the hardest thing about it is that nothing is guaranteed. It’s all a lot of hard work and it’s really fun but at the same time, yeah, you have to make a living. I own my own little dog walking business in Cobble Hill. I get to meet incredible creatures like Dallasthat kind of take my mind off of how much of a struggle it is to be where I’m at. It’s just about making good art and trying to have an experience with your friends that we’re gonna one day eventually have to grow out of. Everything along the way is just fun. 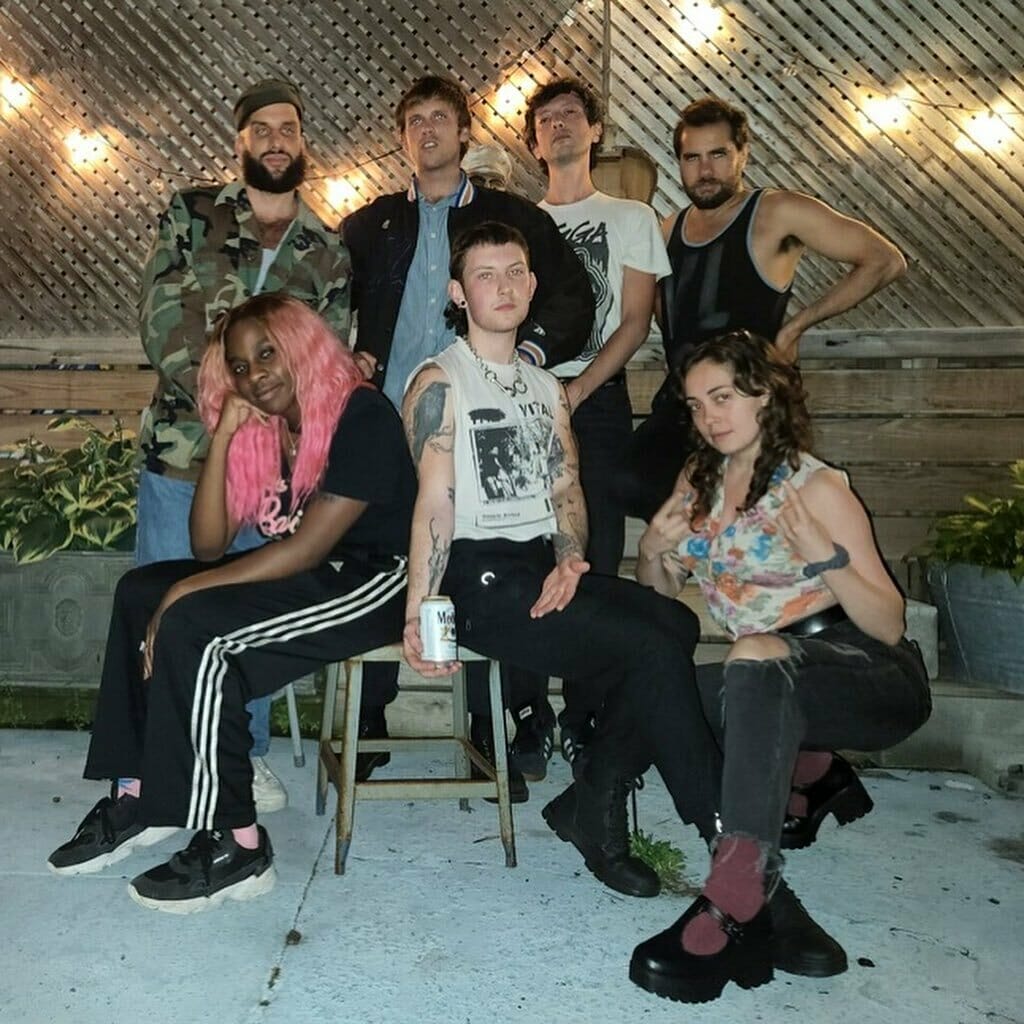