One of Us is Lying

One of Us Is Lying is a young adult, mystery/suspense novel by American author Karen M. McManus, released on May 30, 2017. The television series adaptation was released on October 7, 2021, on Peacock.

Once again, we find ourselves faced with a young adult novel turned TV show. Admittedly, I have not read the novel, so this review is focused solely on the TV show itself. For those of you who have read the novel, normally the show does not compare, and as you know from experience that is when disappointment usually ensues.

The biggest question is not how the director mixed Breakfast Club with I Know What You Did Last Summer, Gossip Girl and a hint of 13 Reasons Why but what actual risks did this TV Show take that will lead you to be surprised? To be honest, not many. While watching I was able to predict the killer pretty early on. Should that stop you from watching it? No, I don’t think so.

Set the scene in a sunny beach town where most families are wealthy and teens are partying or prepping for Ivy League colleges. Of course, there was John Bender of the group: Nate Macauley (Cooper van Groote). As well as the smart one: Bronwyn (definitely can tell that name began in a novel), played by Marianly Tejada, the jock: Cooper Clay (Chibuikem Uche), and the pretty one: Addy (Annalisa Cochrane). On paper, it is almost as if the Breakfast Club was remade. However, the major difference is they all have a secret.

Introducing Gossip Girl: Simon (Mark McKenna), one of their classmates runs a blog where he posts secrets and exposes his classmates. Something he believes to be his duty to expose the hypocritical bullshit of their teenage lives. Now, one thing that boggled my mind is he doesn’t do this anonymously. His classmates know he is the one posting their secrets and somehow (maybe because he’s the mayor’s son) he just gets away with it. In fact, it gives him certain advantages since people can “trade” secrets with him. Simon dies. The four suspects, Addy, Cooper, Bronwyn, and Nate, have to come together and prove they are innocent while still protecting their own secrets from getting out.

Now, is the TV show entertaining? Yes. Absolutely. I thought it really picked up around the 4th episode. Before that, it seemed a little cliché at times. Around the 4th episode, you are able to stop mumbling to yourself and questioning why the characters’ faux pas are so predictable.

*Spoiler Alert* Some of the secrets…

Addy cheated on her boyfriend. From almost the first episode, Addy gives the impression she is not smart or calculated enough to be behind Simon’s death. While I wavered a few times on this, I did think her character was likable as the storyline grew. Toward the end, she reverts to a character you hate for a bit. This almost leaves you with a sour taste in your mouth…almost.

Cooper, the jock, is gay. I thought the representation of social pressures that he felt to hide his sexuality was very much rooted in the unfortunate truth of what society finds acceptable in athletes. His finding himself and becoming comfortable with his sexuality even against his father’s wishes I think gives hope to others. I liked his character development. I also did not think it was a stretch by any means in terms of the lengths he was going to hide his secret.

Nate and Bronwyn both played as very predictable characters that you have seen before. Nate is the “bad boy”, who does what he needs to do (dealing drugs) but has a huge heart and sacrifices for others. Bronwyn, the smart, driven leader of the group, cheated on a few tests.  When her secret came out all I thought was “really?” Bronwyn’s younger sister Maeve was a little more interesting than Bronwyn although only really has only a few episodes where she is a meaningful contributor to the plot of the show.

Now, coming back to the dead: Simon. His story is told through flashbacks and memories after his death. It definitely has a 13 Reasons Why feeling to it. I wished we learned a little more about him. His best friend Janae also gets involved as the one that wants to find out who did it. Both characters the director gives a very basic understanding of, but neither character you really know in detail.

Long story short- is it worth your time?  Yes. Absolutely. You do find out who the killer is. Of course, as all TV shows do nowadays they leave you with the ability for them to create another season based on the ending. So if you want everything to end happily ever after, this show is not for you. Will you lose sleep wondering, “who did it”, no, you won’t. Is it a fun summer show to binge on one Friday night? Yes. 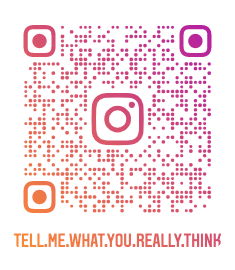