In celebration of the hard-working creative women who enrich the arts in general and cinema in particular, The Women Film Critics Circle (WFCC) has announced its 2020 Awards for the best movies this year by and about women – and outstanding achievements by women, who are historically left behind when it comes to being honored in the film world.

The Women Film Critics Circle is an association of 80 women film critics and scholars from around the country and internationally, who are involved in print, radio, online, and TV broadcast media. They came together in 2004 to form the first women critics’ organization in the United States, in the belief that women’s perspectives and voices in film criticism need to be recognized fully.

WFCC also prides itself on being the most culturally and racially diverse critics group in the country by far, and best reflecting the diversity of movie audiences.

The winner of the best movie about women was Promising Young Woman, starring Carey Mulligan as Cassie, is about a wickedly smart and cunning woman, who is living a secret double life by night. Now, an unexpected encounter is about to give Cassie a chance to right the wrongs from the past. The film was superbly directed by Emerald Fennell.

Starring Frances McDormand, Nomadland tells the powerful story of a woman in her 60s, who after losing everything in the Great Recession, embarks on a journey through the American West, living as a van-dwelling modern-day nomad.  The compelling direction was done by Chloe Zhao.

One Night in Miami – Regina King

Runner Up (tie): Vanessa Kirby – Pieces of a Woman

The WFCC award This is one of several awards and nominations for the late Chadwick Boseman for his performance in Ma Rainey’s Black Bottom, also starring Viola Davis and based on the award-winning play of the same name by the late August Wilson. Centered on a real-life blues singer, the film currently streaming on Netflix, dramatizes a turbulent recording session in 1920’s Chicago.  Boseman plays Levee, a talented and ambitious cornet player in a band hired to back Ma Rainey, as she records her latest album. The film was dedicated to Boseman “in celebration of his artistry and heart,” after his death from colon cancer in August 2020.

Runner Up: Anthony Hopkins – The Father

With Anya Taylor-Joy in the title role of Emma Woodhouse, the film follows the antics of a young woman who lives in Regency-era England and occupies herself with matchmaking, in often misguided and meddlesome fashion when it comes to the lives of her friends and family members. A part period piece, part romance, the movie provides a new take on Jane Austen’s time-honored novel.

Runner Up: I Care a Lot

WINNER: Fei Fei – Over the Moon

With leading ladies Kate Winslet and Saoirse Ronan, Ammonite tells the story of acclaimed paleontologist Mary Anning (Winslet), who in 1800s England works alone selling common fossils to tourists to support her ailing mother, but a chance job offer changes her life when a visitor hires her to care for his wife, Charlotte (Ronan). Despite major differences in their background and interests, they have extraordinary chemistry, which brings out an emotional and physical connection, allowing us a rare window into human relationships.

Runner Up: Tom Hanks and Helena Zengel – News of the World

Barbara Sukowa and Martine Chevallier – Two of Us (Deux)

*ADRIENNE SHELLY AWARD: Adrienne Shelly was a promising actress and filmmaker who was brutally strangled in her apartment in 2006 at the age of forty by a construction worker in the building, after she complained about noise. Her killer tried to cover up his crime by hanging her from a shower20rack in her bathroom, to make it look like suicide. He later confessed that he was having a “bad day.” Shelly, who left behind a baby daughter, had just completed her film Waitress, which she also starred in, and which was honored at Sundance after her death.

Runner Up: The Invisible Man

*JOSEPHINE BAKER AWARD: The daughter of a laundress and a musician, Baker overcame being born black, female and poor, and marriage at age fifteen, to become an internationally acclaimed legendary performer, starring in the films Princess Tam Tam, Moulin Rouge and Zou Zou. She also survived the race riots in East St. Louis, Illinois as a child, and later expatriated to France to escape US racism. After participating heroically in the underground French Resistance during WWII, Baker returned to the US where she was a crusader for racial equality. Her activism led to attacks against her by reporter Walter Winchell who denounced her as a communist, leading her to wage a battle against him. Baker was instrumental in ending segregation in many theaters and clubs, where she refused to perform unless integration was implemented.

*KAREN MORLEY AWARD – For best exemplifying a woman’s place in history or society, and a courageous search for identity

*KAREN MORLEY AWARD: Karen Morley was a promising Hollywood star in the 1930s, in such films as Mata Hari and Our Daily Bread. She was driven out of Hollywood for her leftist political convictions by the Blacklist and for refusing to testify against other actors, while Robert Taylor and Sterling Hayden were informants against her. And also for daring to have a child and become a mother, unacceptable for female stars in those days. Morley maintained her militant political activism for the rest of her life, running for Lieutenant Governor on the American Labor Party ticket in 1954. She passed away in 2003, unrepentant to the end, at the age of 93.

Regina King – The first celebrity to commit to the Time’s Up ‘4% Challenge’ which urges the industry to hire more women directors, the award winning actress has also pledged to have women make up fifty percent of the crews for her films.

‘Criticism is the only thing that stands between the audience and advertising.’ – Pauline Kael 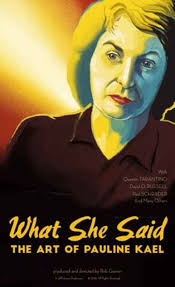 Eliza Hittman, Never Rarely Sometimes Always
COURAGE IN ACTING
[Taking on unconventional roles that radically redefine the images of women on screen]
Janelle Monae, Antebellum
Elizabeth Moss, The Invisible Man
WOMEN’S WORK – BEST ENSEMBLE CAST
Radium Girls
The Glorias
THE INVISIBLE WOMAN AWARD
[Supporting performance by a woman whose exceptional impact on the film dramatically, socially or historically, has been ignored]
Cicely Tyson, A Fall From Grace
Dianne Wiest, I Care A Lot
BEST KEPT SECRET – Overlooked Challenging Gems
Ammonite
Swallow
WOMEN SAVING THEMSELVES AWARD
Claire Dunn: Herself
Elizabeth Moss: The Invisible Man
MOMMIE DEAREST WORST SCREEN MOM OF THE YEAR
SARAH PAULSON – RUN
HALL OF SHAME [Individual Member Picks]
Rudy Giuliani – For removing any doubt about the kind of creepy predator he is, in Borat Subsequent Moviefilm. Of course there were no consequences for his behavior, even though it was captured on film and broadcast worldwide.
Dennis Harvey – in his Variety review for Promising Young Woman, stating Carey Mulligan is not ‘hot enough’ for the role. Not to mention perpetuating the lie that rape is about sex and not violence against women. And, why we need women film critics more than ever…
The Prom – for casting straight actors in queer roles in the most anticipated lesbian movie of the year, and making it seem like overcoming homophobia is as simple as singing a song.

Dallas Sonnier and Adam Donaghey – For sexual harassment and abuse at Cineaste Magazine, and the cover-up.