Andy Pritikin, the owner and director of Liberty Lake Day Camp, has been awarded the 2021 American Camp Association Special Recognition Award for his advocacy in opening summer camps in 2020-21, and the policies put into place to ensure a safe summer for campers and staff during the COVID-19 pandemic.

His work motivated hundreds of camps across North America to open last summer, most of the rest to open for the summer of 2021.

Andy Pritikin, who writes nationally published parenting articles, and hosts one of the camp industry’s most listened to podcasts, has been advocating for years that “kids were already in screen/technology overload, and losing their social skills.

Since the pandemic hit, these same children have been forced to stare at screens, while taken away from formative social interaction- causing bigger social, mental, and emotional issues. In the months leading up to summer 2020, Andy became the de facto spokesman for the camp industry, appearing over 35 times on local and national television, and virtual media outlets.

Days after testifying at a Senate subcommittee hearing about the re-opening of childcare centers and summer camps, New Jersey day camps were given the green light. Other state governments followed New Jersey’s lead, and hundreds of camps throughout North America were inspired by Pritikin and Liberty Lake to open, following similar safety protocols. 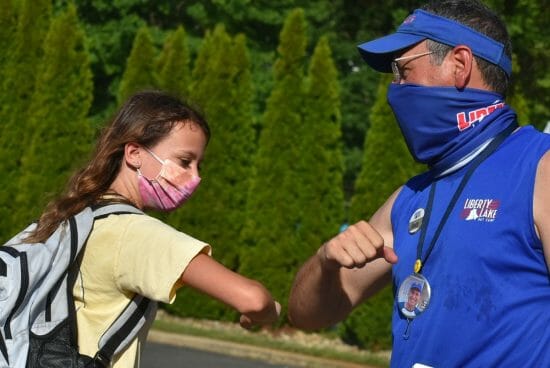 “The experience of people running the camp is really important. Starting a camp from zero shows tenacity, reliance, and chutzpah,” Pritikin explains. “I started a camp from scratch, I’ve faced many challenges.”

Pritikin is passionate that the summer camp experience carries more significance right now than ever before, as in New Jersey, it remains as one of the only places for children to socialize with their peers, outdoors, without facemasks nor social distancing. Says Pritikin, “our unique environment really fosters the kind of socialization that can return the childhood experience to our kids.”

Liberty Lake forged a path to the opening in 2020, creatively integrating precautions to ensure camper and staff safety. Hand cleaning stations were added throughout camp, activities were altered to fit CDC guidelines, rules about social distancing between groups and activities were put in place, and summer camp was as clean as could be!

In the end, more than1000 campers and 250 staff enjoyed one of the most positive experiences of their lives, with no kids or families testing positive or getting ill. A truly remarkable feat!

Why was this so important to Pritikin?  “Having the opportunity to do this well and do it right. The beauty of camp is the sameness, the patterns, and the comfort of it,” he explains. ” The opening of camp (in 2020) summer is a big step that we never took lightly. The camp families always had faith in their camp staff and their camp directors because this was a time when real leadership was demonstrated for the benefit of the greater community.” 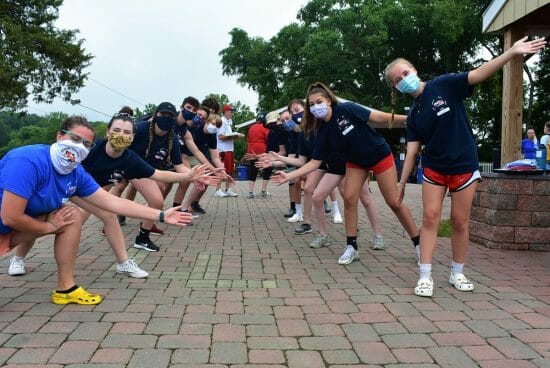 The camp philosophy is centered around their five-star points: independence, integrity, aspiration, friendship, and teamwork. Liberty Lake is a tech-free environment, so the children step away from their cell phones, tablets, computers, and other electronic devices, and enjoy the outdoors, friendships, and making memories.

The evolution of Liberty Lake, from the late-1970s picnic-grove hot spot to its current existence as 60 acres of summer fun and life-altering learning, was always meant to be. For the past half-century, Liberty Lake has been a hub for corporate parties, family reunions, graduation and birthday parties, charitable and political events, and community days in Burlington County. Due to its generous acreage, Liberty Lake continues to be the venue of choice, with multiple events running simultaneously on most weekends.

When owner Pritikin founded Liberty Lake Day Camp in 2002, he was leasing the property. But within a few years, the camp’s potential was obvious. Liberty Lake was on its way to becoming the largest private day camp in its part of the universe (also known as South/Central Jersey).

Since 2006, we’ve been entrusted with guiding and caring for over 1,000 campers each summer. That’s a lot of celebratory group slushies (for our campers with summer birthdays)! Children and teens travel each summer day to Liberty Lake from five New Jersey counties (Burlington, Camden, Mercer, Monmouth, and Ocean), plus Center City Philadelphia and Lower Bucks, PA. 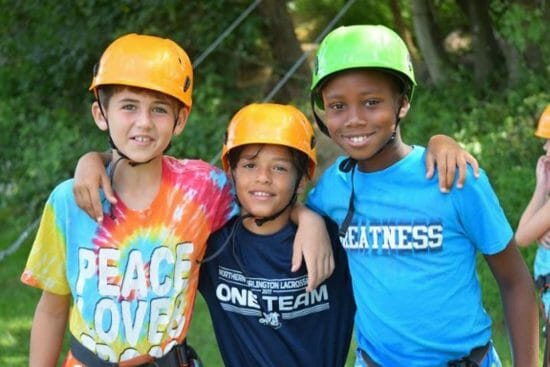