What We Do in The Shadows Hyping up Season 4

From the multi-talented Jemaine Clement, What We Do in The Shadows has surprised audiences with its parody style humor, and mockumentary format. The show is based on the feature film of the same name also created by Clement and critically acclaimed director Taika Waititi. Following the lives of four vampires who’s lived together for centuries in Staten Island, each who’ve lived through and directly influenced historical events, the show has found a small but dedicated following since its premiere on FX in 2019. A new teaser features our vampire crew finding themselves in the midst of a dance-off at a rave club while looking for a good time. The new season premieres on FX on July 11th and will be available to stream on Hulu the next day. the first three seasons are already available to stream.

Seth MacFarlane is Thrilled About The Orville: New Horizons Switching to Hulu 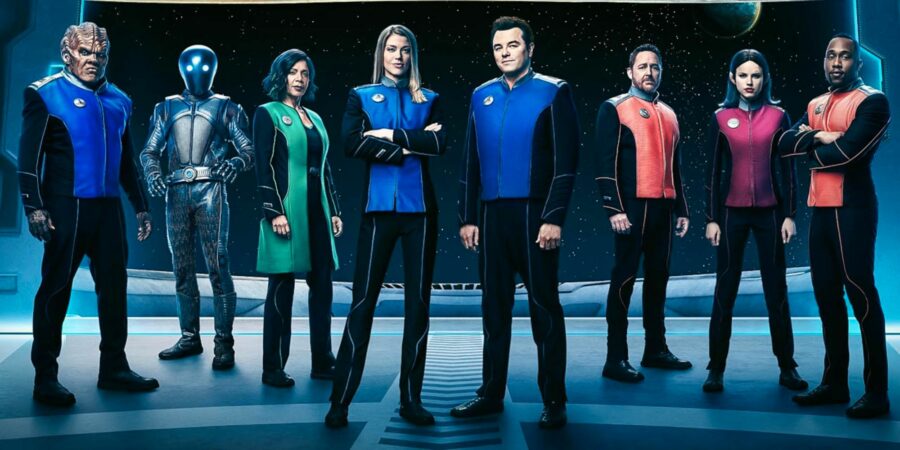 Family Guy creator Seth MacFarlane shared his honest thoughts about what’s become of Fox where his hit adult comedy originally aired, after another one of his series The Orville: New Horizons announced its switch to Hulu. While attending the show’s premiere at the California Science Center, MacFarlane charmed and surprised the crowd by sharing his true take on Fox’s recent developments. “I want to say, it is an absolute thrill to not be on the Fox network,” he continued, “we never really belonged there. And they’ve curated a specific brand now. Between Beat Shazam, Name That Tune and Don’t Forget the Lyrics!, Fox has really captured the demo of people who have no idea what song they’re listening to.” This “brand” MacFarlane describes is most likely due to Fox being bought out by Disney and having to cater to their overarching brand. Still, MacFarlane and his team have found a new place to share his raunchy comedies. Season 3 of The Orville premiered its first episode on Hulu on June 2nd with new episodes released weekly.

Joe Earley has been in the streaming industry before it was known as the streaming industry. His 20 years of experience have allowed him to have extensive knowledge and a keen observational perspective on the streaming wars. In an interview with Variety, he spoke about the dread most streaming platforms faced known as churn which essentially translates to the trend of subscribers leaving streaming platforms. One of the main factors to keeping viewers tuned in to Hulu besides the constant additions to its library and the availability of live tv with premium subscriptions is their Disney+, ESPN+ bundle.